Star anise is a fruit in the shape of a star. Star Anise is called Chakriphool in Hindi. It is brown in color and has an aroma similar to that of a fennel seed. It has a strong licorice taste, more intense than regular anise. The fruits are picked up just before the harvest. Star anise contains an essential oil that is responsible for its flavor. Rust colored and tough skinned, they have widely used aromatic properties. If kept away from sunlight and stored in an airtight container, it can last up to a year.

What Is Star Anise?

Star anise (or sometimes called star aniseed) is popular in all over the world because of its odor and useful medical properties. Star anise (Illicium verum Hook) is a species of magnolia family, prefers woodlands, sunny edges, and dappled shade. It grows well in humus rich, mildly acidic to neutral soils, which are light to medium and having good drainage. 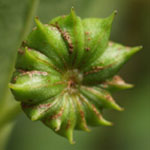 Star anise seeds are sowed in spring under cover and pot on, growing on in the greenhouse until at least the following year. Star anise requires moisture-retentive, but well-drained soil and partial shade. Star Anise is planted out into the most sheltered spot, as it cannot take temperatures lower than about -5 C (23 F). Alternatively growing it in a container, which can be moved under cover when the weather is too cold. It is a small tree, but many trees grow happily in containers.

Star Anise is an annual herb that grows 0.3 to 0.6 m and is cultivated widely throughout the world. The flowers are yellow, compound umbels and its leaves are feather shaped. The greenish-brown, ridged seeds are used for food or the drug. They are harvested when ripe in autumn. Aniseed has an anethole-like odor and a sweet “licorice-like” aromatic taste, which has led to the traditional use of anise oils in licorice candy.

Star anise oil is a highly fragrant oil used in cooking, perfumery, soaps, toothpastes, mouthwashes, and skin creams. About 90% of the world's star anise crop is used for extraction of shikimic acid, a chemical intermediate used in the synthesis of oseltamivir.

1 - Improves Digestive System - Consuming Star anise tea is a healthy choice. For indigestion, constipation, and other digestion related problems, star anise is a remedial cure. It stimulates the metabolic enzymes which in turn improves the digestion functions.

2 - Helps cure Influenza - Shikimic acid, a compound present in star anise is used for preparing drug for curing influenza or the flu virus.

4 - Stimulant - It can stimulate circulation and give relief from rheumatism and arthritis, stimulate secretion of enzymes and hormones, thus boosting the whole metabolism and finally, it can stimulate the nervous system and the brain to make us more active and alert.

5 - Vermifuge - This is yet another aspect of its insecticidal property. It can kill worms found in the intestines. This property can be particularly beneficial for children, as they are most commonly afflicted with intestinal worms.

6 - Sedating Properties - Star anise can also be used as for its sedating properties to ensure a good sleep.

9 - Respiratory Virosis - The antiviral effect of this plant is due to a substance contained by its seeds, called shikimic acid, which once arrived in the liver, it transforms into a strong antiviral, which reaches the blood circulation.

10 - Heals Rheumatism - Its oil is highly effective in healing rheumatism. It gives an instant relief from the lower backache.

Star Anise is indigenous to South Eastern China. China produces about 80% to 90% of the world’s star anise. It is widely grown for commercial use in China, Vietnam, India and most other countries in Asia.

United States and the 15 European Union member states are the greatest worldwide importers of Star Anise.

Recipe for Beverages with Star Anise 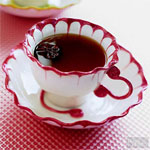 A: In a medium saucepan bring water to boiling. Add tea bags, anise, and cinnamon stick. Reduce heat. B: simmer, uncovered, for 3 to 5 minutes. Discard tea bags and cinnamon stick. Stir in nectar, honey, and lemon juice. Heat through. C: Pour tea mixture into four heat-proof cups, floating a star anise on top of each.

Recipe for Cooking with Star Anise 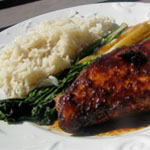 A: Place the ginger, sesame oil, soy sauce, cooking wine or sherry, star anise, cinnamon stick and sugar in a frying pan over high heat and bring to a boil. B: Add the chicken and cook for 6-7 minutes on each side or until cooked through. C: Add the greens to the pan and cook for 2 minutes or until tender. D: Place chicken and greens on serving plates and spoon over pan juices as sauce. E: Serve with steamed rice.

Recipe for Dessert with Star Anise 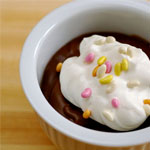 A: Combine the cream, milk and star anise in a saucepan over medium heat. Bring to a boil, turn off the heat, cover the pot and allow the mixture to steep for 30 minutes. B: Strain the cream mixture from step 1 and return the liquid to the same pot. C: Return the heat to medium and add the sugar and egg yolks to the pot. While whisking, bring the mixture to 180 degrees. If you don’t have a thermometer, this step will take about 5 minutes. The mixture is done when it’s just thick enough to coat the back of your silicone spatula. D: Take the pot off the heat and add the chocolate chunks. Using a clean utensil, whisk to incorporate the chocolate. E: Pour through a fine-mesh strainer into a bowl, then portion into four small ramekins. F: Allow to cool to room temperature, then cover and chill. The pots de creme will keep in the fridge for up to 5 days. Top with whipped cream and candied fennel just before serving.